FROM RIVER-SEA TO SEA-RIVER SHIPPING

Even though the current company was founded in 1996, her owner's sea-river shipping roots date back to the 1970's when a unique form of coastal trade was performed by the so called Hamburg Traders. The ships sailing in this trade were a mixture of old coasters and Dutch riverbarges. In the beginning all of them were sailing (from often inland ports) illegally through the German Bight with mostly destination Hamburg, but the ships were also spotted on the Kiel Canal and in the Baltic Sea as far as Sweden and Finland.

Around 1972-73 these ships were officially classified through the Netherlands Shipping Inspection, although some of the ships were also flying the Panamanian or Belgium flag.

After the (re)opening of the Elbe Seiten Canal, around 1978, which allowed riverbarges to sail through the canals directly to Hamburg, the Hamburg traders had to find other cargoes which were found in and around Denmark.

Throughout the years the group op adventurous entrepreneurs that sailed and owned these ships slowly moved on to more modern and larger vessels. Built as proper seaships but often still with sea-river capabilities and built by famous Dutch shipyards with a history of building riverships. Mainly due to scaling sea-river shipping today is considered a nichemarket and only performed by a small but slowly expanding group of shipping companies.

All of Tharsis Sea-River Shipping's current owners/managers descend from either the Denmarktrade and/or rivershipping. 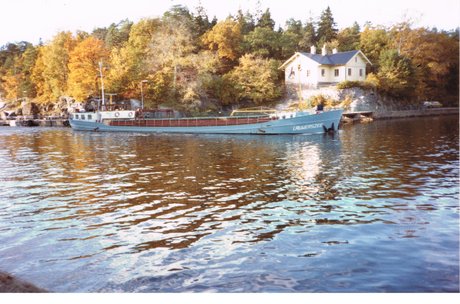 Originally built as rivership of the Kempenaar type in 1965 she was later strengthened to sail to Hamburg and Denmark. One of the founders of our company, G.W.Bosma owned the vessel from 1979 to 1981 and this ship laid the basis for the sea-river shipping company we are today. In the early 90's, while in very poor condition, the ship was bought by shipping company Keur, who over the years completely rebuilt her as high-end daypassenger vessel "Zuiderzee". Visit www.zuiderzeeontour.nl for more information. 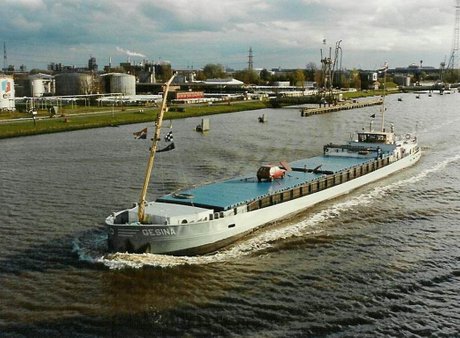 The Gesina replaced the Lauwerszee in 1981 and was owned until sold in 1989. Originally built in 1970 as Banjaard, this was also a strengthened rivership, but of the Dortmunder type. With his wife Gea (Gesina) and 3 sons Bosma made many trips into the Baltic sea on this ship that was renamed after his wife. Still going strong today as "Jeanny" with her characteristic sounding original MAK engine and remarkable enough still engaged in the Denmark trade, as one of the last. According to some one of the smartest looking denmarktraders. 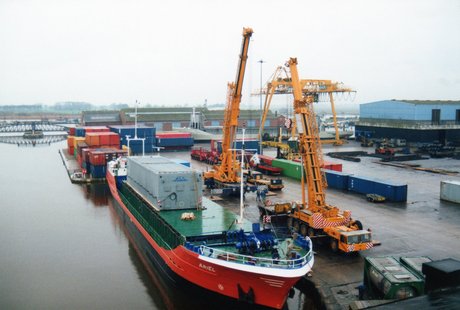 In 1992 the next step was made with the purchase of the first sea-rivership in partnership with R.Arends from Harlingen. Built in 1985 as "Vita Nova" she was renamed Ariël, after the old-testament name of Israels capital Jerusalem. After her first visit to Goole in 1992 no one would expect the thousands of trips that would follow. The ship was chartered to Duisburg based See-Transit and in 1995 Bosma's shares were sold on to Arends.

Member of the Royal Association of Dutch Shipowners

No part of this website may be reproduced, stored or transmitted in any form or by any means,